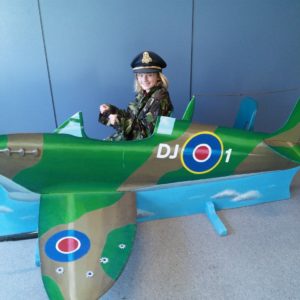 We visited Downs Junior School this week where we were lucky enough to hear about rationing, gas masks and air-raid shelters from people who actually lived through the war years. They told us some amazing personal stories of courage, disaster, luck and hope.

We went into the school’s air raid shelters (under their playground) to find out what it must have been like to be down there during an air-raid. Our thoughts are that it would have been “frightening, cramped, dark, scary and boring”! However, knowing that it wasn’t real, it was quite exciting!

We learnt all about the building of the shelters, including the ones at st Luke’s, and loved all the information that the volunteers at Downs had put up all around their tunnels.

Our favourite facts are: