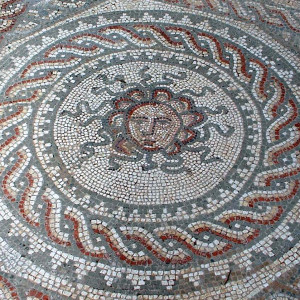 As part of Year 4’s Invaders and Settlers topic, we visited Bignor Roman Villa just north of Chichester. The remains of the Roman Villa are set in beautiful Downland countryside and we managed to avoid the rain!

The children went on a tour of the amazing mosaics which were uncovered by George Tupper in 1811 when he was ploughing his field ready for planting.  Another activity was dressing up as Romans and discussing what it might have been like to live in the villa.  The children also learnt more about life as an Ancient Roman living in Britain by trying out writing on wax tablets, using the Roman alphabet and Roman numerals and grinding wheat with quern stones.